To have the optimal experience while using this site, you will need to update your browser. You may want to try one of the following alternatives:

Tree Damage and Wildfires: The Connection between Insects and Fire Damage 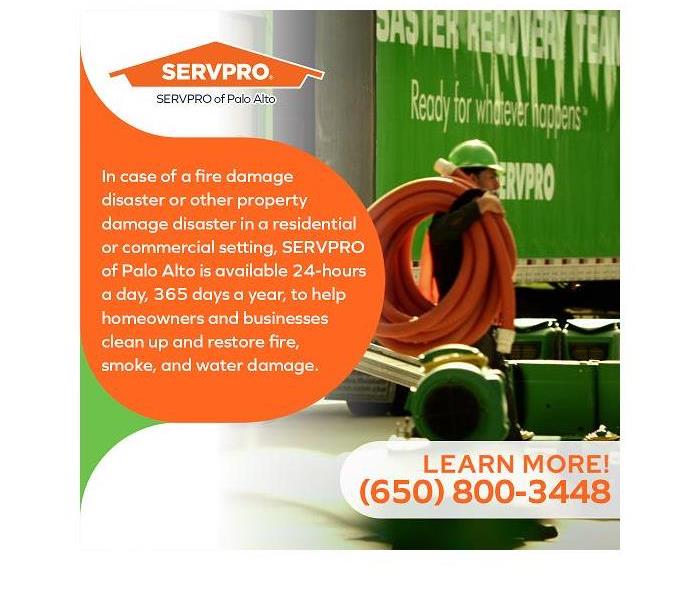 Blog Summary: SERVPRO of Palo Alto explains how bark beetles and other insects contribute to forest fires and fire damage in Palo Alto and the greater Bay area.

Insects Can Be Beneficial

It is both natural and essential for a healthy forest to experience some diseases and infestations. Insects, along with bacteria and fungi, break down organic matter, which releases nutrients, creating humus. Insects pollinate plants and trees, and the insect population also includes predators that keep harmful pests in check.

Insects annually destroy more trees than wildfires. When the insect population explodes, the pests typically impact individual trees or small, scattered groups of trees, with stressed or unhealthy trees succumbing first. Stressors include drought, competition for limited amounts of water, sunlight, and nutrition. Too much water or physical damage to the tree can also stress and weaken the tree.

Healthy trees are able to fight back against an onslaught of insects. When attacked, a healthy tree produces pitch (resin or sap), so insects are drowned by the pitch. Visible signs of pitch on the bark indicate the tree is still alive and healthy. If a tree produces little or no resin during a known insect infestation, expect to find beetle larvae under the bark at the point of attack. Sadly, the tree may be dying.

An article at CAL FIRE of the California Department of Forestry and Fire Prevention entitled “Drought and Beetles–A Killer Combination” highlights a connection between trees, the weather, and an insect that can lead to devastating wildfires:

“Little creatures, big impact… Tiny insects known as bark beetles are deadly when combined with drought. Together they’ve killed millions of trees, greatly increasing the risk of wildfire in California. When trees are weakened due to lack of water from prolonged drought, they are more susceptible to attacks from bark beetles. Once attacked, the tree will die. More than 147 million trees have already died from drought and bark beetles in California. In some communities, up to 85 percent of the forest trees have been killed. These dead trees dry out and become quick-burning fuel for wildfire. A tree’s only defense against bark beetles is sap (pitch), which is produced by a healthy tree. But when a tree is diseased or stressed by drought, it may not be able to produce enough sap to protect it from being overrun by bark beetles. Healthy trees best withstand drought and resist bark beetle attacks.”

The most problematic insects in California forests are bark beetles and engravers. Stressed and weakened pine and fir trees are most vulnerable to these bark-boring brutes. The two insects often work in tandem. Engravers will further weaken an already stressed and unhealthy tree. The bark beetle will follow up, killing the tree. Look for a general reddening in the tops of affected trees.

Healthy trees can withstand the partial loss of foliage. Left unchecked, foliage-feeders will defoliate a tree to the point of hindering photosynthesis which can stress or kill a tree. If a tree is compromised by the loss of foliage, bark beetles can gain a foothold and finish off the tree. Look for damaged needles and leaves. Foliage-feeders will lay their egg masses in small pouches of webs in protected areas under branches and leaves or in the bark. Twigs, buds, twigs, roots, and cones are also on the menu. Signs of trouble are an overall decline in tree vigor or severe damage to a section of the tree.

What to Do When Trouble Is Spotted

Keep an eye out for signs of trouble: reddening foliage, loss of leaves and needles, tiny holes in the bark, pitch streams, loss of bark, and loss of limbs and branches. Reach out to a reputable arborist, a forestry management company, or the California Department of Forestry and Fire Prevention for assistance. Stressed, unhealthy, dying, or dead trees present a massive fire hazard.

In 2020, the worst wildfire season on record, thousands of wildfires consumed over 4 million acres, destroying over 10,000 structures. Property damages exceeded $10 billion, and fire suppression costs more than $2 billion. The Bay area was hit particularly hard. Fire prevention strategies in and around the home or business and an emergency readiness plan are crucial.

In case of a fire damage disaster or other property damage disaster in a residential or commercial setting, SERVPRO of Palo Alto is available 24-hours a day, 365 days a year, to help homeowners and businesses clean up and restore fire, smoke, and water damage. To learn more information about fire damage restoration in Redwood City, CA, contact SERVPRO of Palo Alto by calling (650) 800-3448 or emailing office@SERVPROpaloalto.com